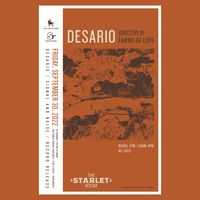 ghostplay will be supporting Desario for their album release show! Also on the bill are Fawns of Love. This is an All Ages show, and advanced tickets are available. 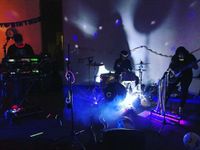 Miners Foundry is pleased to present our next Beta Series: Blunderbusst with Pets and ghostplay on Friday, September 20 at 8:00pm.

"Beta Series," an exploratory programming venture which utilizes our historic Cultural Center in bringing new music to Nevada City in an all-ages, and afforable setting. Experience or Re-Discover Miners Foundry as a regular weekend attraction by attending the Beta Series while enjoying a beverage or a meal from our new menu!

Travelling from Reno to Nevada City for the first time, Blunderbusst has been described as "agressively mid-tempo, ambient punk rock." They have been gracing Reno with their sound in various forms for the past 10 or so years, and are now touring the West Coast to promote and celebrate the release of their EP, Monarch of the Mountain, available in July. Find their tour dates, music, and publicity on Facebook, Instagram, and their website, www.blunderbusst.com

Pets, a Sacramento-based duo that formed in 2003, has boasted such accomplishments as a national tour, songs featured on Thrasher Magazine skateboarding DVDs, and Sacramento Area Music Awards in the Outstanding Pop and Post Punk categories. Preview their music on their website http://www.petstheband.com and on Facebook and Instagram.

ghostplay will be performing experimental ambient electronic rock band based out of Sacramento. Described as having a sound with "80s-era goth and new-wave touches—very Joy-Division-meets-Bauhaus-meets-The Head on the Door-era Cure" (Rachel Leibrock, Scramento News & Review). Their songs feature a catchy playful lead guitar, a moving rhythm guitar, dancy rhythmic drums, each textured with dark, ambient vocals. "Each one [song] tends to follow an arc, rising and falling with varying levels of intensity and feelings. Sections build off of each other, like waves of an ocean" (Arron Carnes, Sacramento News & Review). You can watch and listen to ghostplay at https://ghostplay.bandzoogle.com/home and on Facebook and Instagram.

Get Tickets! Tickets are $10 with limited seating available.

Food and Drink There will be a full service no-host bar available as well as food available for purchase. 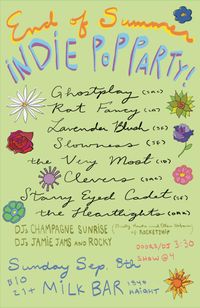 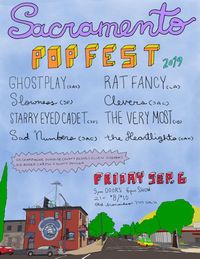 9/6/19 1st Ever Sacramento Popfest! Featuring 8 indie pop/shoe gaze/psych rock bands and 4 DJs from across the universe, descending in Sacramento California for 1 night of bliss-out no corporate sponsored unadulterated dancing and live performances!!

And the Old Ironsides Bar Tenders Serving you from Happy Hour till Midnight!!!

Come celebrate indie music in Sacramento the way it was meant to be! 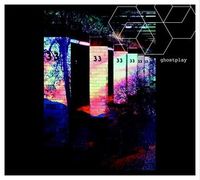 ghostplay will Join Introflirt (Oak) to celebrate the release of their new single! 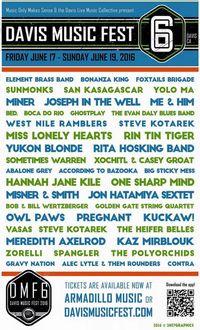 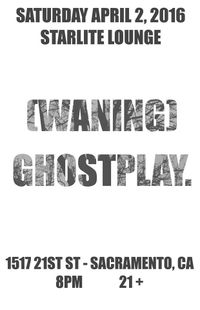 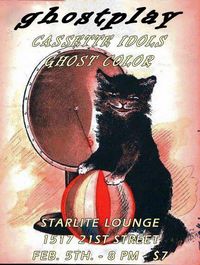 UPDATE: This will be a FREE show :) We are very excited to be playing with our good friends Cassette Idols and Ghost Color for our first Sacramento show of 2016! Cheers! 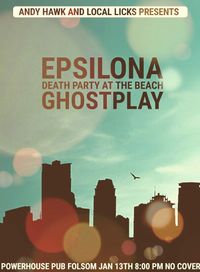